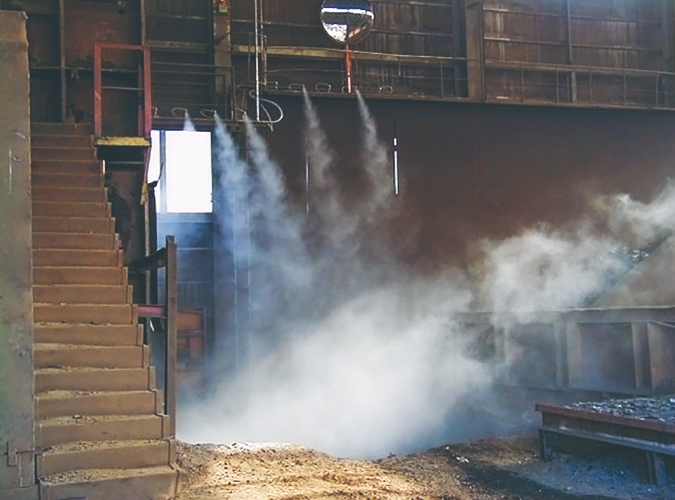 To design and provide a system suited to the specific environment of a facility, there are two main versions of the system. One is a “soft fog design” that sprays fine and soft fog to settle airborne dust and suppresses scattering. The other one is a “high-velocity fog design” that sprays a large volume of semi-fine fog at high velocity directly at the point where the dust is generated to prevent dust from dispersing.

Both designs are already used in power plants and steel mills in Indonesia, Thailand, Vietnam, South Korea, the United States, Japan, and other countries, to reduce air pollution and improve work environments.

This article describes a worksite using the soft fog design. The high-velocity fog design will be discussed in the next article.

At power and chemical plants airborne dust from coal storage escapes into the air and is carried away by wind, resulting in air pollution, affecting nearby residents. The most common measures taken to prevent the dust from dispersing are to install windbreaks upwind and dust netting downwind. The success of these measures is very limited since controlling airborne dust it is next to impossible. 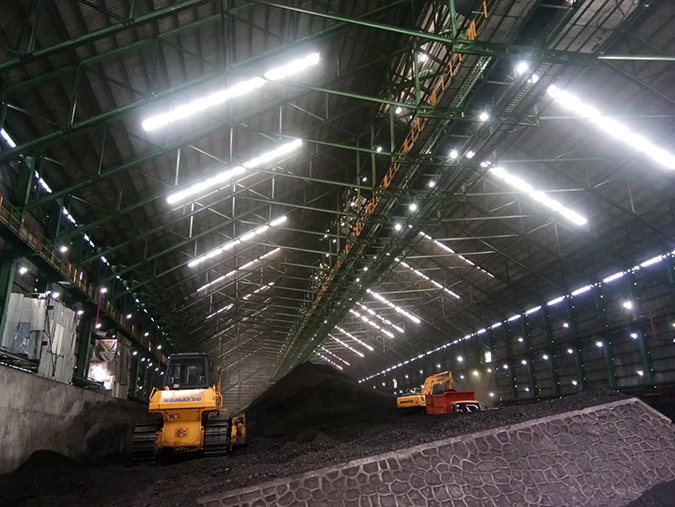 Even though dust prevention measures are required, despite the lack of effectiveness, many companies do not act until they are forced to, because of complaints from nearby residents or workers complaining about health issues.

Even though it is difficult to implement solutions to these problems, IKEUCHI would like to present a dust control system using fog. It is the first of its kind with a well proven record for solving industrial dust problems around the world.

The soft fog system does not deal with dust in the environment outside the facility, it is a way to prevent dust from dispersing in the first place. More specifically, the spray nozzles produce very fine fog to which dust particles adhere, causing them to become heavier and settle to the ground, thereby keeping them from dispersing. Each system is individually designed based on the amount of airborne dust and the site layout, selecting the optimal nozzles after also considering any other equipment present.

The only things the customer needs to provide are water and compressed air. The amount of dust can be significantly reduced without creating mud as the sprinklers, the costs are a fraction of the electrostatic precipitator and there are less space restrictions.

A nozzle sprays fine fog into its surroundings which then collides with airborne dust particles and absorbs them. The absorbed dust particles slowly settle to the ground due to gravity; this is the principle of dust suppression.

The pneumatic spray nozzles, or air-atomizing nozzles, developed and designed with IKEUCHI’s atomization technology, produce water droplets with a diameter of 20 to 50 μm, and can perform effective dust suppression. 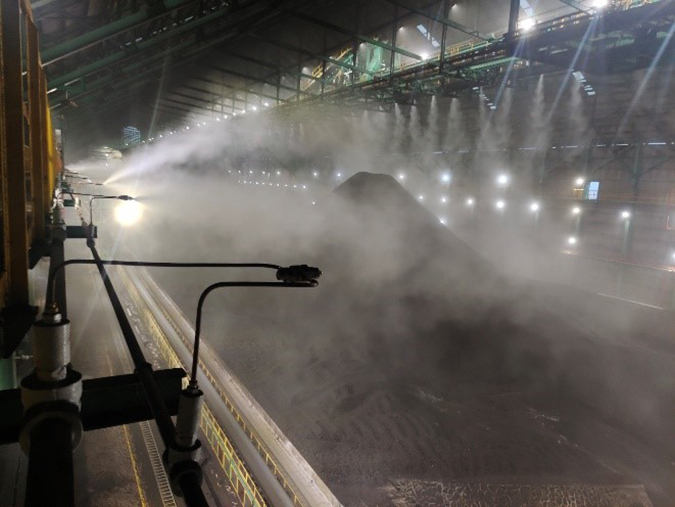 Effective Suppression of Airborne Dust at a Coal Storage Facility

Looking at a facility that installed the soft fog system for dust control, it only took 10 minutes for the fine fog to start spreading all the way to the ceiling. Then it slowly drifted downward, absorbing airborne dust particles to such an extent that the difference could be seen by the naked eye.

The dust content in the outside environment was drastically reduced, to the point there have not been any more complaints from nearby residents or citations from the authorities. The work environment inside has also improved greatly, mitigating concerns for the health of the workers. Clearly demonstrating the effectiveness of the system. 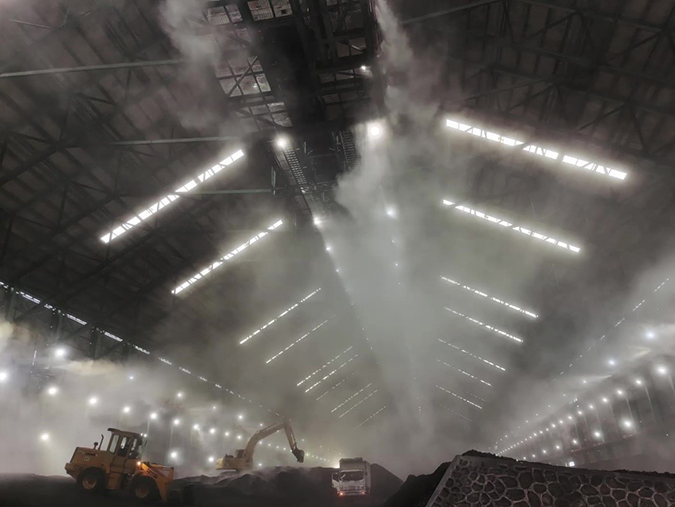 Features of the system 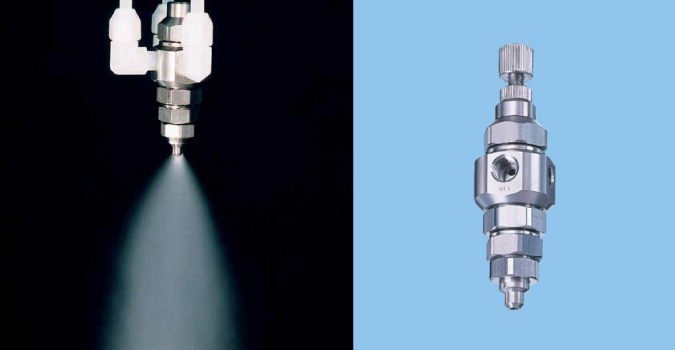 Related articles can be downloaded in PDF format. If you do not have Adobe® Reader, please download it here.

Jump to the product page for more details.